Commercial building owners and facilities managers are increasingly concerned with everything from energy efficiency, increasing the value of their buildings, construction defects to building a health-friendly environment. Building owners and facilities managers are becoming more knowledgeable about sustainable building practices. One area that is often overlooked is the plumbing system hidden behind the walls or under-foot. Cast iron soil pipe and fittings has been used effectively for decades for storm and sanitary drain, waste and vent (DWV) plumbing systems. It’s tried and true as it is non-combustible, easy to use and simple to firestop - whereas a plastic piping system requires complex fire-stopping systems for every wall and floor penetration. Also annual inspections by the building owner are required (IFC).

A report by the US Green Building Council has made clear that, across its lifecycle, PVC leads to dangerous levels of dioxins and other carcinogens stating that plastic PVC is consistently among the worst materials for human health impacts. . .” The Environmental Protection Agency (EPA) has classified vinyl chloride chloride, the main building block of PVC, as a Group ‘A’ human carcinogen and found short-term exposure to vinyl chloride resulted in central nervous system effects and long-term exposure through inhalation or exposure resulted in liver damage. Building owners are more aware of the toxicity of plastics and many are phasing out toxic building products. This practice promotes a healthier and safer environment.

In a recent survey conducted through BOMA, 84% of building owners and facilities managers valued green sustainable building products, and 63% were willing to pay a premium for a non-toxic and easy-to-fire-stop drain, waste and vent (DWV) plumbing system. Of those surveyed, 30% said that a quiet and green DWV plumbing system was of greatest importance. This makes sense, as a cast iron drain, waste and vent (DWV) system is not only non-combustible, but it’s also known as the quiet piping system. Cast iron pipe and fittings are also made from ~95% recycled post-consumer scrap metal and it’s 100% recyclable at the end of its service.

Some contractors disregard the tradeoffs between a safe, non-combustible piping system only to value-engineer-out the unsurpassed quality of a cast iron system and specify what they believe is a perceived lower-cost plastic piping system. Regrettably, there are unintended consequences as the chemistry of plastic piping (PVC - polyvinyl chloride) is known to be a carcinogen. Additionally, the cost for the contractor or the building owner can be increased due to the cost and complexity of the firestopping materials to protect the penetration when using plastic piping. 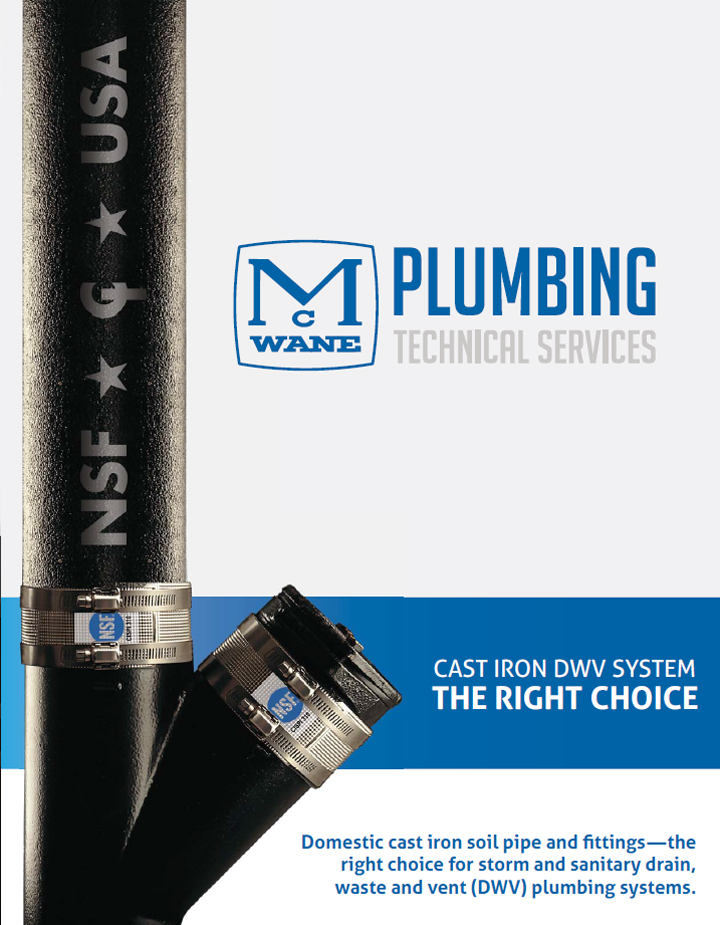